Bobcats were recently confirmed on Cape Cod in August of 2013. MA DFW officials confirmed that a cell phone video shot by a Falmouth resident was indeed a bobcat. There have been a few reports over the last several years of bobcats being sighted locally on Cape Cod. There was also an unconfirmed report of someone finding a bobcat skull on the outer Cape a few years ago.

Large cats have been rumored to live on Cape Cod for decades. The most noteworthy rumors surrounded the “Beast of Truro” or “Pamet Puma” sightings in the early 1980s.

I have never called in a bobcat on Cape Cod. Not surprising, since there has been only one officially confirmed sighting since the Colonial Times here. However, bobcats are known to respond to distress sounds of rabbits, mice, whitetail fawns and other small animals. Bird sounds like the woodpecker, yellowhammer, flicker and turkey distress sounds are known to be effective for calling bobcats. There are also several types of bobcat vocalizations that have been known to call in bobcats as well.

Bobcats and other large feline predators are known to respond to distress calls slower than canines such as a coyote or fox. Think how a common housecat stalks its prey. Nice and slow… You’ll want to call and stay on a stand longer when calling bobcats just to give them the time they need to stalk the sound.

It is also recommended to keep your back against a tree or large rock when calling bobcats and other large felines, as cats have been known to jump predator callers and even turkey hunters from behind. 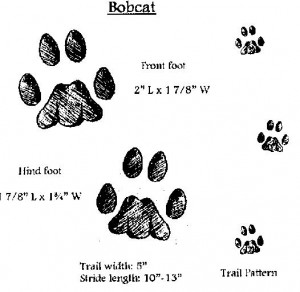