I remember seeing many a red fox around the Cape since I was a kid. They are not a newcomer and were likely more prevalent before the coyotes came to Cape Cod. I don’t think they play well together with coyotes, as they compete for the same territories and food sources.

I tend to see more red foxes at night or in the early morning hours. I have seen pairs of reds during the middle of the day as well on a few occasions. Many times I have seen red foxes in pairs.

I remember reading a story many years ago about a red fox that had learned to rid itself of fleas. The red fox was reported to have picked up a stick in its mouth and went swimming around in a lake. The fleas, not liking the bath, would run to the fox’s head and out onto the stick. The fox in turn would release the stick with all the fleas on it and swim to shore leaving the fleas in the lake. Pretty clever if you ask me.

Red fox respond well to bird, woodpecker, rabbit, red fox pup and rodent distress sounds. On Cape Cod, red fox are most often found in marshes and areas of thick cover. The red fox is a lot more cautious than their rarer cousins the gray fox. They may not charge right in to the call sounds and sometimes you’ll see them hang up a ways out from the caller.

I have called in several red foxes while calling raccoons at night using raccoon fight sounds.

Like most canines, they use their keen sense of smell when approaching a setup and can spook very easily. Red fox will most often respond to distress sounds in under 10 minutes depending on the terrain. When calling red fox, you can also make your stands fairly close together. Something like 1/4 mile between your stands is sufficient for red fox. 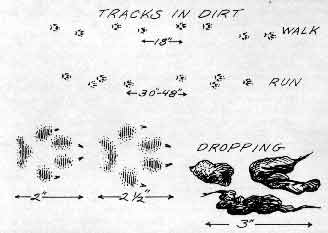