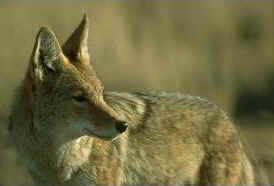 I met my first Cape Cod coyote in Yarmouth when it bounced off the bumper of my Jeep on the way home from my girlfriend’s house one night in 1986. I got out and looked for it, thinking I hit someone’s German Shepard, but it took off running down the power lines and I never found it.

At the time, it didn’t dawn on me that it could have been a coyote, because supposedly there weren’t any coyotes on the Cape in the 80’s and everybody would have thought I was nuts, but I know now it was a coyote that I hit that night.

The next time I saw coyotes was in 1990. I was in a private plane taxiing down the runway at the Barnstable Municipal Airport in Hyannis. We were flying to Nantucket to frame a house for a guy who was a pilot and he used to fly us to the island every morning to work on his house.

We were taxiing along the runway at the North end of the airport and one of my buddies said, “Look at those dogs”. We all looked and there were five “dogs” hunting in formation through the tall grass along the edge of the runway. To me they looked like wolves or a pack of sled dogs, very husky like in appearance.

Now there are coyotes all over Cape Cod and sightings are frequent. In spite of being hunted and trapped for over 200 years, there are more coyotes today than when the United States Constitution was signed.

Coyotes will respond to rabbit, woodpecker, canine pup, deer fawn and rodent distress sounds. For the most part coyotes will respond to just about any distress sound. Its really a personal preference and may depend on the target animal and what type of sounds you are using, but you should wait up to 30 minutes at a stand for coyotes. Most coyotes will respond in the first few minutes. If coyotes bark or howl at you during your stand, they’ve figured out something isn’t right and probably won’t come in to the call. Coyotes will most often approach the call sound from downwind, so take that into consideration when setting up. You’ll want to make sure you have a good field of view on your downwind side.

Coyotes are extremely wary and will leave the area quickly at the slightest movements or any unusual sounds, so keep any movement and noise other than the call sounds to a minimum. Move 1/4 mile to one mile in between stands. The distance between stands or setups mainly depends on the terrain and current weather conditions. If you are in thick woods or in windy conditions where your calling sounds are not reaching out very far, you will want to make your stands closer together. 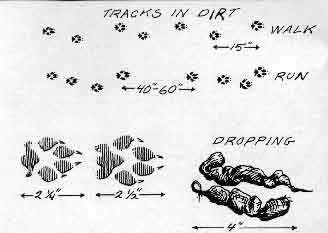