I have only seen one gray fox on Cape Cod in thirty plus years. A few years ago, I was walking around my yard after a snowstorm and noticed small canine tracks coming out of the old cranberry bog behind my house through the yard and up behind the house.

I followed the tracks and they led to a spot where something had been buried in the snow. I dug it up and it was half of a grey squirrel. I also saw that something had urinated on the spot as well.

I removed the stashed squirrel and threw it over the bank into the swamp. I figured that whatever had buried that squirrel would return to claim it later on. Late that night, I caught something moving along the wood line from my living room window. It ran right under the window on its way to the stash spot. As it ran under the outside light five feet from the window, I could see that it was a gray fox. In all the years that I have been here, that is the only gray fox I have ever seen. There have been gray fox taken by predator hunters on Cape Cod. This was confirmed to me by a local member of the Foxpro field staff.

The gray fox unlike its red cousin, has the ability to climb trees. Its strong, hooked claws allow it to scramble up trees to escape predators such as domestic dogs and coyotes.

I have only seen one gray fox on Cape Cod and like I said earlier, it wasn’t when I was out calling. It is widely known however, that the best sound for calling gray fox is a gray fox distress sound. They will also respond to bird, woodpecker, canine pup, rabbit and rodent distress sounds. Grays, like their cousins the red fox, will usually respond to the call rather quickly. Gray fox are much less timid than red fox and coyotes, so they are known to not spook quite as easily.

Since they can climb trees, I would say that the best chance of calling a gray fox on Cape Cod would be in a wooded area. 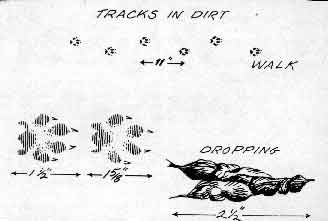