The Ultrafire WF-501B LED flashlight is a good little predator calling light. For around $10, this LED light is hard to beat. It throws enough beam to light up eyes at 100 yards and is a perfect light for in-close calling coyotes, fox, raccoon or other night time predators like owls. The 501B is powered by one 18650 series rechargeable battery or two CR123A batteries and has a sturdy aluminum housing. 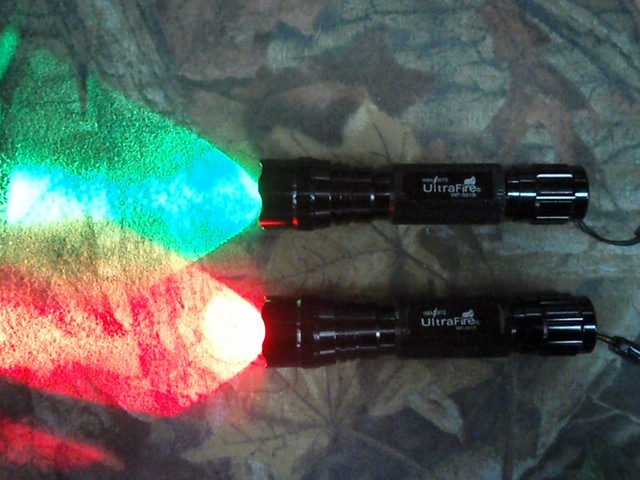 The Ultrafire 501B is a single mode LED flashlight and throws a good beam of light. The switch is a clicky type located on the tailcap, which is a little loud, but this can be swapped out with a pressure switch tailcap for $3.99. The pressure switch is designed to be used for mounting the 501B to a scope or gun mount and also enables the light to be turned on and off silently. 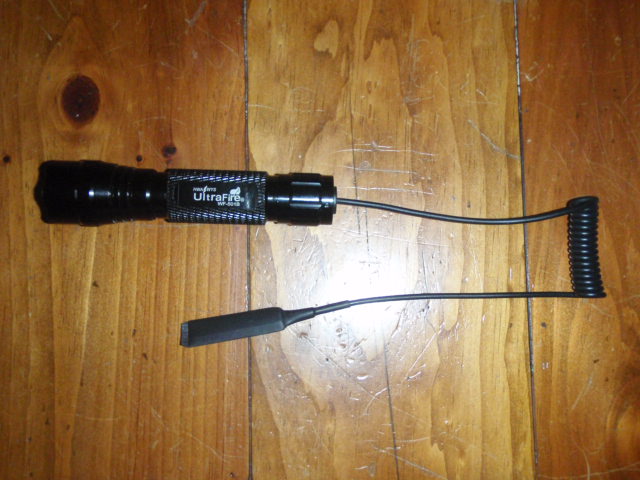 Ultrafire 501Bs are available in either red or green LED from DealExtreme for around $10 with free shipping.

For $10 you can’t go wrong with the Ultrafire 501B. Its a good little predator hunting light for the money.

If you are using the Ultrafire WF-501B as a shooting light or gun mounted light, you’ll want to “shroud” the outer halo of the beam. especially if you are mounting it on a rifle scope. This will keep the beam focused on the target and will not let the outer edges of the beam’s halo cast light on to the gun barrel which may give you away and spook your target. 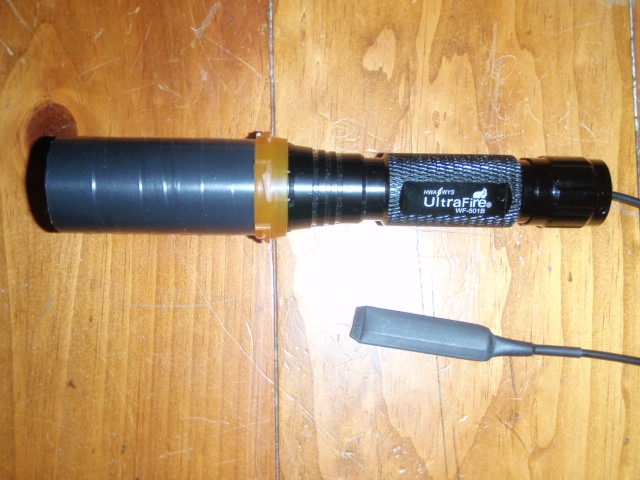