On the Cape Native blog, I saw a post about a couple missing ducks and some evidence or crime scene pictures. I tried to leave a comment on the post itself, but it was kicking me out to a wordpress.com login which I don’t have, so below the quote is my reply.

We lost a darling duo of ducks Sunday evening, but their disappearance was not without a trace – and not without forewarning. We’ve been on alert for the last couple of weeks. First, I discovered a young fisher scrambling away from the upper duck house two weeks ago. The low furry creature was illuminated by my headlights late at night and I was momentarily frozen in amazement as it sort of bounded and sort of undulated across the driveway…

With nothing else to do about the duck disappearance, I searched for clues and found a few. The fact that both disappeared so completely makes me think there may have been multiple assailants. I submit for your perusal evidence photos from the crime scene. 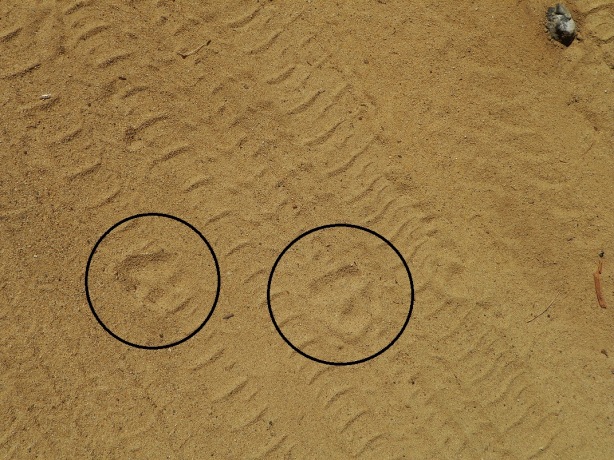 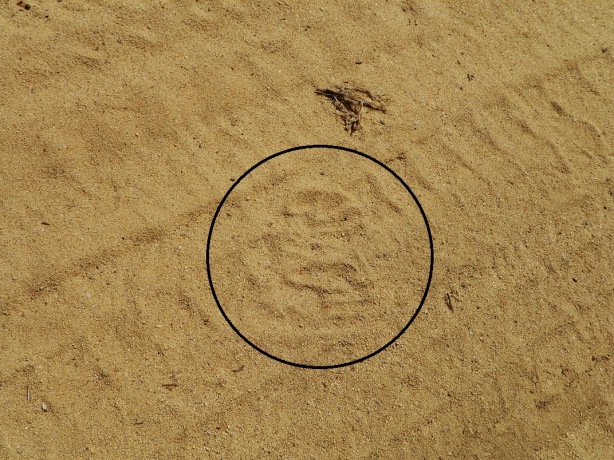 Its hard to tell whether you have a fox or a coyote print there in the top photo because there is nothing to scale the tracks, but they are definitely canine tracks. Not a fisher. The prints from both the coyote and the fox tend to look the same except for a few differences in the shapes of the toes and coyote tracks are larger than fox tracks.

The last pic is definitely a raccoon track. I have seen both fox and raccoons respond at the same time to animal distress sounds at night. Either one could have responded to the sound of the other getting a duck, leading to a copycat killing.

All feathered and furred predators are either feeding their young or getting ready to at this time of year, so keep a close eye on your pets and livestock.