Here’s a pic of a Screech Owl I called in right behind my house. 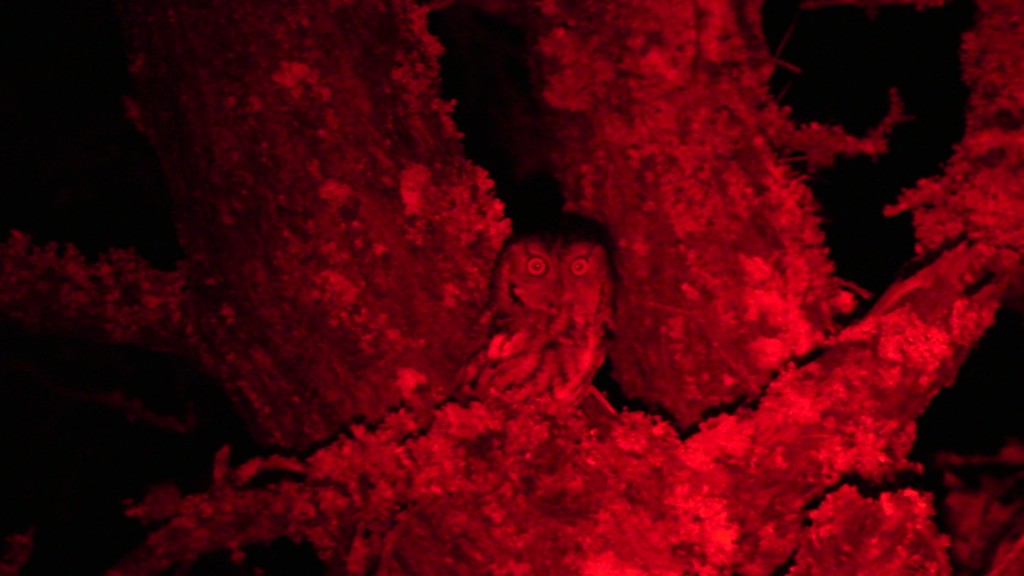 This Cape Cod Screech Owl responded to the Johnny Stewart Songbird/Screech Owl Call (CT130). A sound that I digitized for use in my Western Rivers Nite Stalker electronic caller. Screech owls are (in my experience), the easiest owls on Cape Cod to call. Often you will get more than one Screech owl to respond when calling them.

The red lights allowed me to closely approach the owl in the pine tree without spooking it, to get some close up still shots. This is a good example of how when calling at night, your light acts as your camouflage. As long as the light is pointed at the animal, you are camouflaged.