Animals that have not been Cape Cod residents in many decades now call the Cape home. The coyote and fisher cat are now permanent residents and we recently had a confirmed black bear sighting on Cape Cod. In recent years, wild turkeys have made an amazing comeback. We never saw any bears, coyotes, fishers or turkeys here when I was growing up. 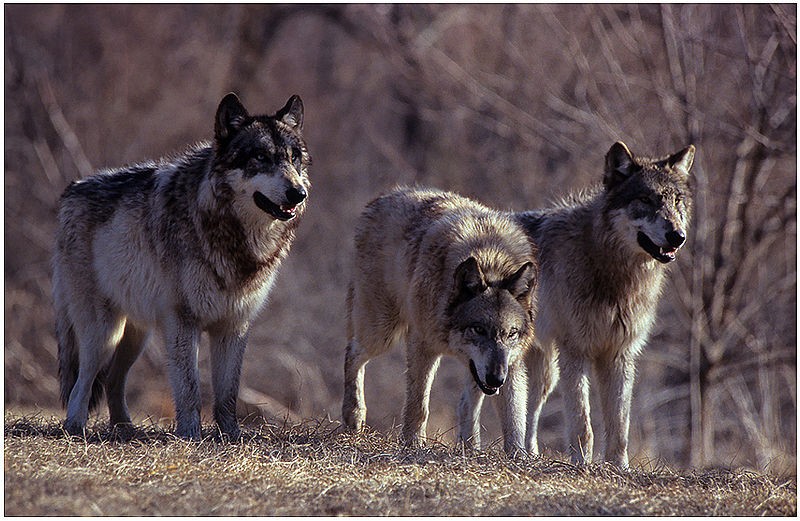 In colonial times, wolves were quite a problem here on Cape Cod. Will they make a comeback too?

In 1713, the town of Eastham, much vexed by the depredations of wolves, foxes, and deer, voted that “Three pounds bounty be paid in addition to what is allowed by the Province Law for every head of grown wolves.”

A wolf head a day would thus provide a Cape Cod “head hunter” with an excellent financial return for his work. The wolves were so numerous at that time that it is said the people seriously considered erecting a high fence across the head of the Cape, somewhere in the vicinity of what is now Cape Cod Canal, to keep wolves from getting into their territory.

The coyotes made it across the Cape Cod canal. Since wolves are making quite a comeback, its safe to say they will eventually be here too…

An 86-pound canine shot in New Brunswick, Canada has been confirmed by wildlife officials as the first known wolf in the province since the 1920s, and the first killed there since 1876. Wolf populations are thriving in many parts of the United States and Canada for the first time in many decades.

via First Wolf Since 1920s Confirmed in New Brunswick

That will sure change the predator calling around here. It will be much more exciting when you could call something in that could eat you. Like a bear, bobcat, mountain lion or wolf…

Update: The wolves have at least partially returned to Cape Cod…